This Year, Also Be Thankful for Dragons

Tomorrow is Thanksgiving Day. For me, this holiday is a time for reflection, and of course, eating and imbibing more than any healthy daily caloric intake model would ever prescribe.

Yet what really matters about tomorrow is what should matter about every day, and that is it’s a great opportunity to be thankful for all the good, the bad and even the ugly in your life. I say this, because it’s certainly easy to be happy about all of the good.

Why? Because the good is all around us.

As Harvard University Professor Steven Pinker brilliantly points out in his best-selling book, “Enlightenment Now: The Case for Reason, Science, Humanism, and Progress,” by nearly every metric that matters — health, lifespan, inequality, environment, knowledge, safety, quality of life, happiness and especially wealth — the world has never been better than it is right now.

That’s enough good for all of us to be thankful. So, why also be grateful for the bad, and even the ugly?

Yet it is in confronting these bad and ugly ideas that man finds meaning, purpose and a true sense of verve that life can bring. So, if we look at both the bad and the ugly as opportunities to slay mighty dragons, we also can be thankful those dragons walk among us. 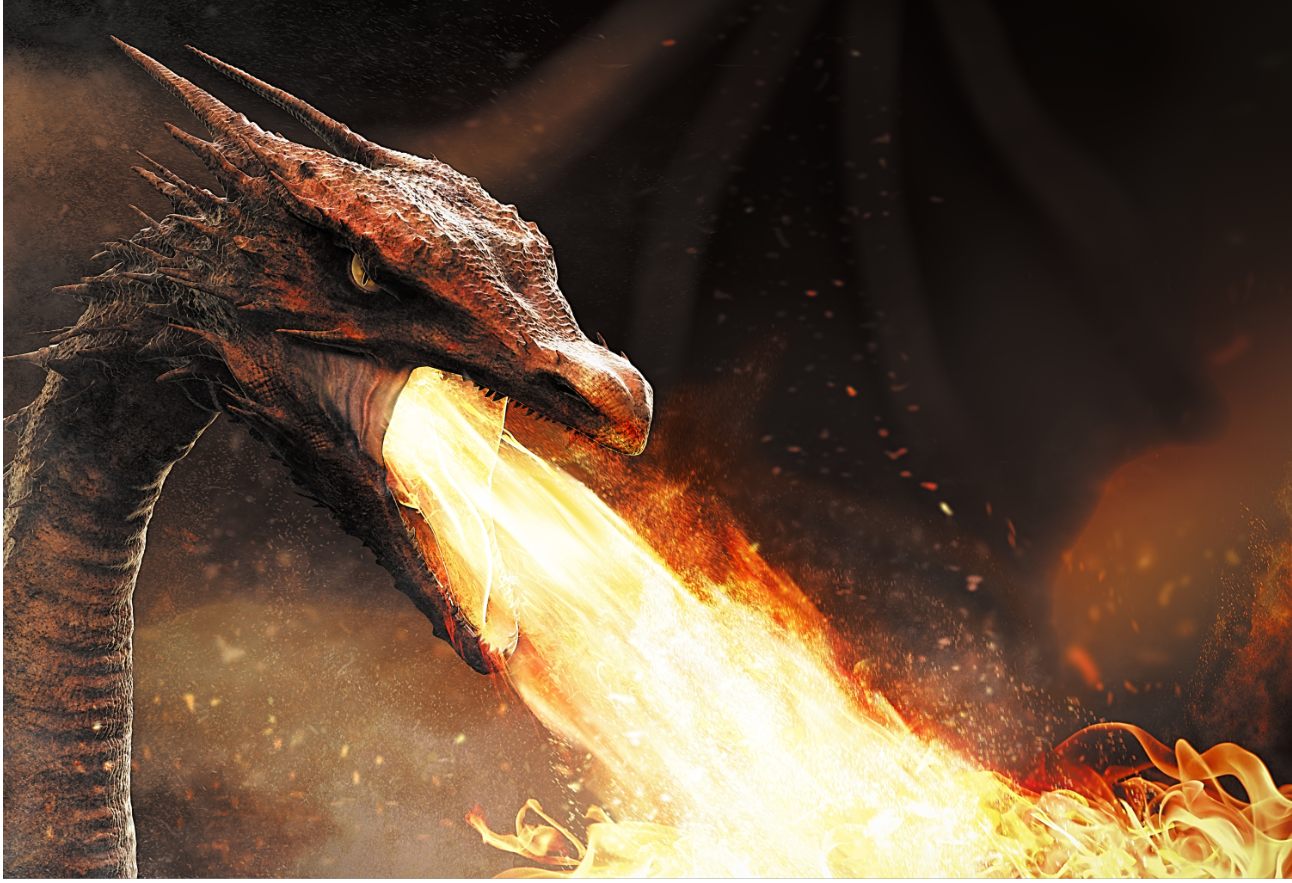 Of course, the struggle for values doesn’t have to be so epic. Just doing the simple tasks of life, and doing them well, can sometimes spur combat with a mighty dragon. However, when you win such a fight, are you not better and more gratified than you were before the engagement? I suspect the answer is yes.

The iShares Evolved U.S. Media and Entertainment ETF (IEME) is an exchange-traded fund that uses data science techniques and a proprietary classification system to identify and select companies engaged in the media and entertainment sectors.

IEME’s selection process draws heavily on a methodology first pioneered by BlackRock and involves machine learning models that choose and weight sector stocks. The fund then searches annual report documents, looks for certain key words and then categorizes the company into one of many sectors. While a single stock can end up in more than one sector, the program compensates for this by reducing its weight in the portfolio. This approach also reduces the risk of suffering a financial setback if the value of a stock plummets unexpectedly.

It also is worth noting that this fund’s goal is not to attempt to “cherry-pick” winners through some sort of obscure methodological process. Rather, its goal is to simply expose investors to the wealth of entertainment firms that are out there to better equip them with the knowledge that is required to make good investments.

This ETF also has funds invested in leisure products, hotels and entertainment, software and IT and telecommunications as well. 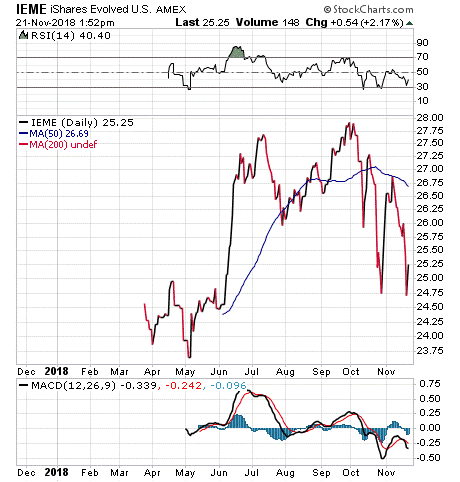 Here, it is worth issuing a word of caution as more than a few of these stocks (Netflix among them) were strongly affected during the recent stock market plunge and lost a sizable amount of their value. Given the still relatively volatile environment that is the technology sector, it remains to be seen if the recent plunge was the beginning or the end of a larger trading pattern.

The fund currently has $4,939,750 net assets, has an average daily trading volume of 3,335 shares and has an average spread of 0.31%. IEME also has an expense ratio of 0.18%, meaning that it is relatively cheap to hold in comparison to other exchange-traded funds.

In short, while IEME does have several advantages over some of its peer funds, its risks are far from zero. Interested investors always should do their due diligence and decide whether the fund is suitable for their portfolios.

What can we learn from a man fighting desperately to conquer theocratic control over his country — all with a huge smile and an infectiously positive disposition?

Plenty, and that’s exactly what you’ll learn in this episode of the Way of the Renaissance Man podcast, featuring the indomitable spirit known as “Saber Rock.”

Saber Rock is an Afghanistan subject matter expert, English Language Institute president and an interpreter for the U.S. Marine Corps and Coalition Forces during the war against the Taliban in Afghanistan. In this interview from the FreedomFest conference, you’ll hear his heart-wrenching personal story of valor, comradery, humor, pain, loss, action, adventure — and his fight back from death’s door to become a real-life hero. 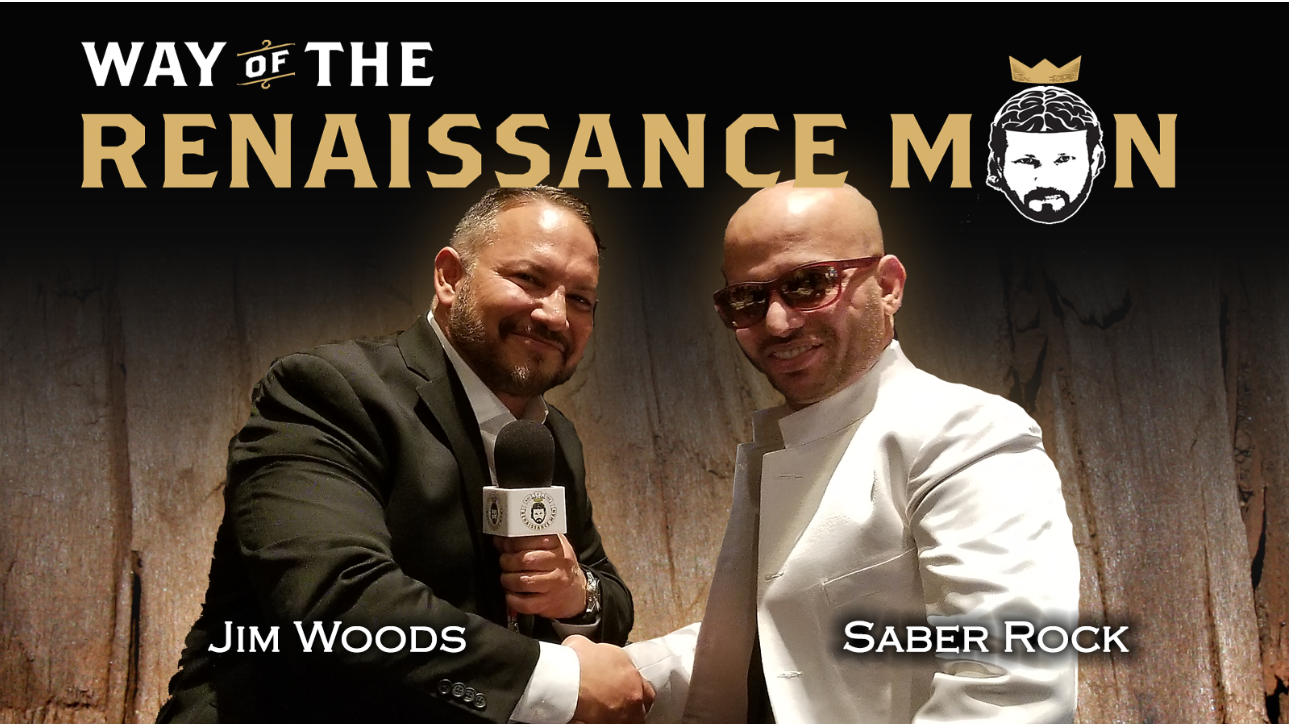 Saber Rock’s values and virtues, along with the incredible story of his efforts to free the Afghan people from Taliban control, is the subject of the award-winning documentary film “Saber Rock,” which was directed and produced by my friends the Locastro brothers. If you haven’t seen this short documentary, see it now. I guarantee it will be some of the best 30 minutes you’ll ever spend.

I am honored to be able to share Saber Rock’s story with you, and I’m even more honored to call him my friend.

Topics discussed in the podcast include:

I was incredibly moved, and forever positively changed, by Saber Rock, and I hope this podcast has a similar effect on you.

Finally, if you like the Way of the Renaissance Man podcast, I encourage you to subscribe to the show on iTunes.

Doing so is free, and it will ensure you never miss the latest episodes.

A Dagger of the Mind

Is this a dagger which I see before me,
The handle toward my hand? Come, let me clutch thee.
I have thee not, and yet I see thee still.
Art thou not, fatal vision, sensible
To feeling as to sight? Or art thou but
A dagger of the mind, a false creation?

The Bard knew that we all have our “daggers of the mind,” our “false creations” that can infect our happiness. But it doesn’t have to be that way. As humans, we also have the privilege of applying our rational faculties to the problem of identifying those daggers and false creations. This ability allows us to distinguish between what’s real and what’s imagined, and more importantly, what really matters and what is mere distraction. Remember that this Thanksgiving Day, and for all of the days you are privileged to live this beautiful life.