A Shadow Crossed My Heart

Suddenly, you were gone

From all the lives you left your mark upon…

On Friday afternoon, I learned of the death of one of my real-life heroes. And after the initial wave of incredulity subsided, I felt a shadow cross my heart.

Perhaps not surprisingly, those precise words, “I felt a shadow cross my heart,” are lyrics from the song “Nobody’s Hero” by my favorite rock band, RUSH. Those lyrics also happened to be written by that real-life fallen hero, the band’s virtuoso drummer and lyricist Neil Peart.

Yet, “The Professor,” as he was referred to by the legions of RUSH fans around the world, was more than just a genius behind the drum kit. And, he was much more than just someone with a penchant for turning a lyrical phrase.

Peart was a man who helped shape my mind, and my existence, with the profundity of his prose and the intensity of his thought.

His intellectual genius can only really be appreciated within the full context of the band’s 19 studio albums, 11 live albums and 33 music videos, not to mention the thousands of shows the band played over the course of its incredible 40-year career. Yet today, I will attempt to reveal a glimpse of the man’s mind with a sampling of a few of my favorite lyrics from his epic body of work.

After you read them, along with my thoughts on the lessons they convey, you’ll get a better sense of what was so profoundly influential for me about Peart’s work. I also suspect you’ll get a much deeper look at the man that I am, and the man I continually aspire to be. 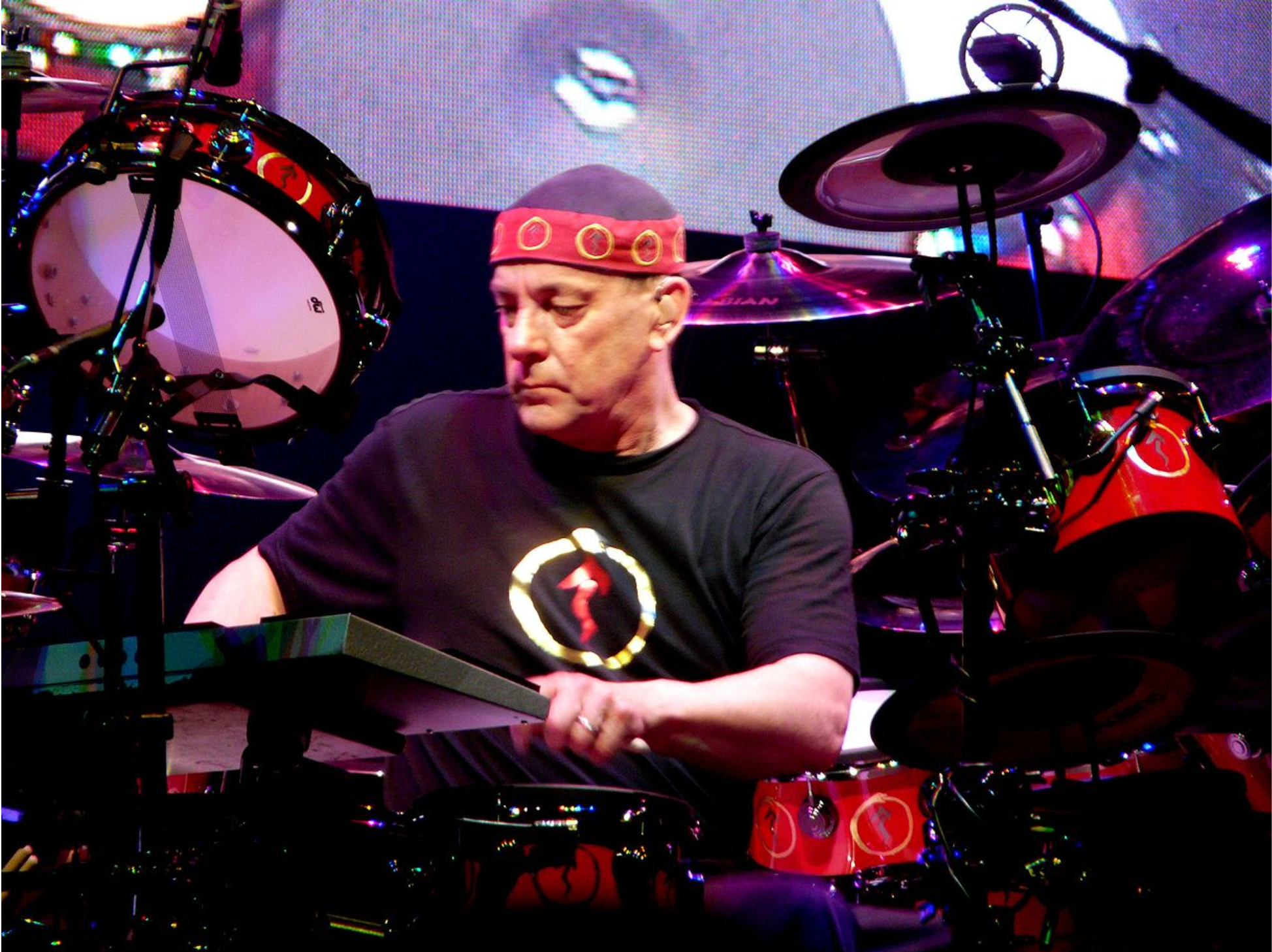 The lesson here is that man requires a productive life purpose, and the key to achieving that purpose is carrying out your vision with passion and persistence.

Life isn’t about the endpoint of attaining a goal. Life is much more about the doing, and the experience, of action in the moment.

The most endangered species: the honest man
Will still survive annihilation
Forming a world, state of integrity
Sensitive, open and strong

The virtue of honesty is hard to adhere to, but one must always pledge fealty to truth. Doing so allows you to live in a state of integrated calm. Another way of saying this is that the moral is the practical.

The only way to learn is by engaging with the world; however, doing so comes at a price. Let’s face it, it’s damn hard to really think things through. Yet as humans, we have no other choice but to think, and no amount of denial will make that fact go away.

We all have a responsibility to ourselves to be as happy as we can be, whatever our role is in this grand play we call life might be. Doing so not only helps us achieve happiness, it helps the world be a little bit better place for everyone.

There’s a constant struggle in each of us to maintain calmness of mind and spirit, and to keep our self-control in a world that’s so often seemingly out of control. Yet the truth is that all we can have control over is ourselves, and we must struggle to achieve that. It is this battle that rages within every human, and it’s one that first must be recognized and acknowledged in order to be won.

Now, I could go on for volumes here with an analysis of significant RUSH lyrics and their deep meaning, but I think you’ve already got a clear sense of how much Peart and his work mean to me. And, I can’t properly convey the influence Peart had on my life without mentioning his love of literature and philosophy, which he weaved brilliantly via direct references into his lyrics.

Perhaps the most-influential of these references for me was his dedication, “To the genius of Ayn Rand,” in the liner notes to the concept album “2112.” As a very young man listening to that 1976 album, I had no way of knowing the immense influence Rand would have on my own life. Yet a seed was planted there by Neil to investigate Rand’s unique mind further, and I did just that with intellectual gusto.

Finally, I will conclude this tribute with a reflection on my own personal interaction with Neil, and it came, of all places, behind the wheel of a sportscar.

It was October 2010, and I was at Willow Springs International Raceway in Southern California. The legendary track is home to many pro and amateur sports car and motorcycle races. It’s also a place where motorsports enthusiasts can bring their own cars and motorcycles to do some performance driving on a real track.

On that day, I was there testing my own sportscars. I was also there to help coach some of the “newbies” at the track to make sure they were safe and to help them gain more confidence behind the wheel at high speeds.

Much to my amazement, one of the attendees at Willow Springs that day was Neil Peart.

Now, as you might guess, for me, this was a surreal moment burned into my consciousness. I mean, it’s not often you meet a real-life hero of yours in the flesh. It’s also pretty rare to have that hero ask you about how fast, and in what gear, he should be taking the notoriously difficult Turn 9 at Willow Springs. 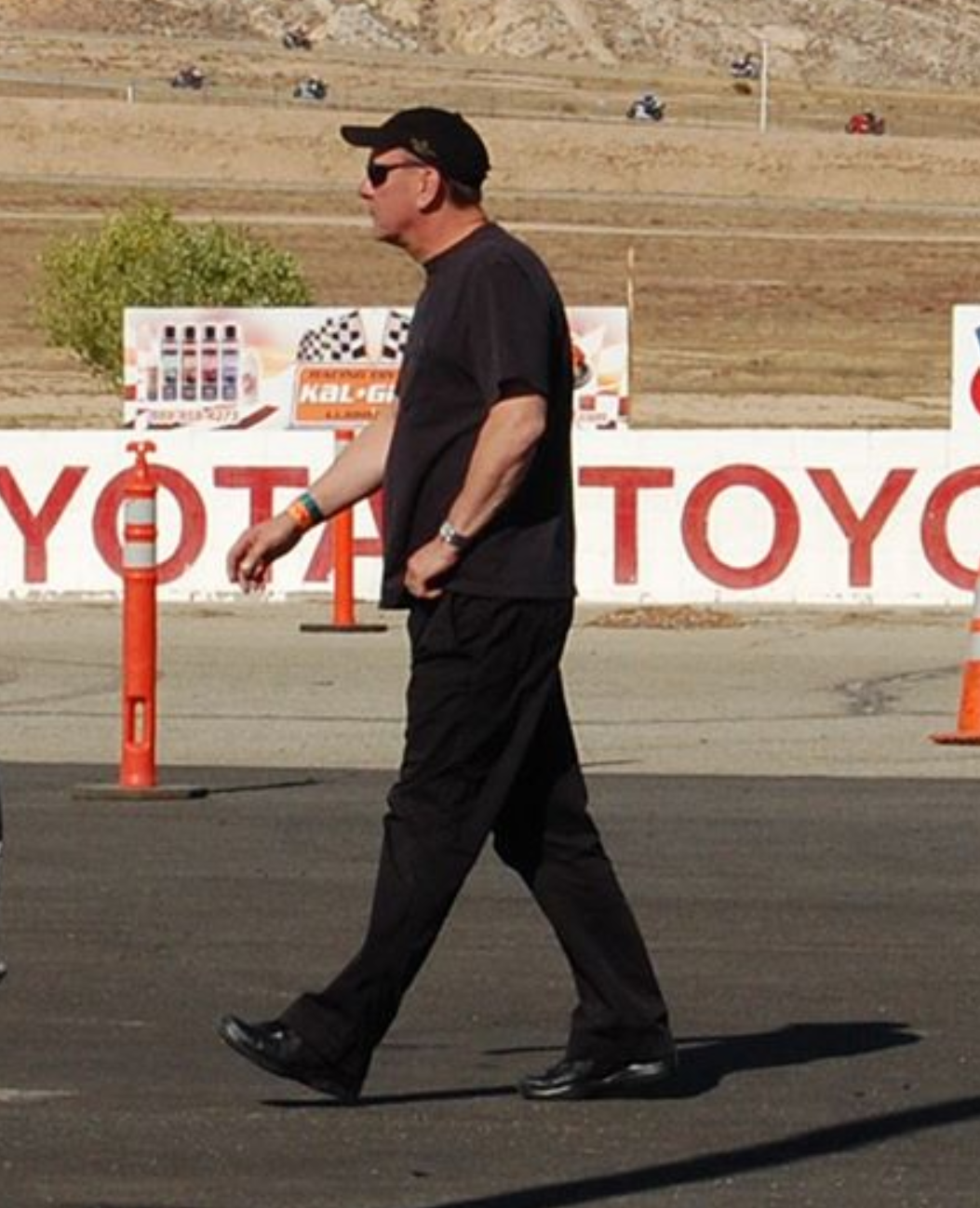 Yet that is what Neil did. He asked me for advice on how to be a better driver.

I happily gave him that advice, and I also allowed him to follow me around the track so I could point out to him the proper turn-in points, “apexes” as we call them, so that he could improve his lap times.

After helping Neil Peart improve as a driver, I felt compelled to tell him how he helped me become a better human through his music and lyrics.

Peart was flattered by my confession, but I could also tell he felt characteristically uncomfortable with my fanboy, tearful praise of his work. I mean, I even had a RUSH patch on my driving suit!

Upon seeing the patch, Peart said to me, “Well, I hope it brings you luck.”

What Peart didn’t realize was that he had already brought me the greatest luck a man could ever have — the luck of discovering the beauty, passion and intensity of his brilliant achievements.

The energy sector has been beaten down for years compared to the rest of the market.

Investors looking for a way to jump in at a time when it could be undervalued may wish to consider an exchange-traded fund (ETF) such as Vanguard Energy ETF (VDE).

This fund invests in a broad swath of U.S. energy companies, so it provides a less risky way to invest in the whole sector, compared to guessing about the future of a single company. The fund includes all types of oil and gas companies, including producers, refiners, transporters and equipment makers, as well as integrated companies that do several of these.

VDE is a Vanguard ETF, so it lives up to investor expectations for that fund company to offer low expense ratios compared to its rivals. Indeed, its expense ratio is just 0.10%. It always is nice to avoid paying a heavy premium for your basket of stocks. Net assets for the fund total about $3.7 billion.

As previously noted, the recent performance of the energy sector has been nothing too exciting, as the chart below shows. Over the last year, VDE is down 4.58%, and increasing the time horizon does not improve that number. On the plus side, energy companies tend to pay dividends, and VDE offers a current dividend yield of 3.41%. 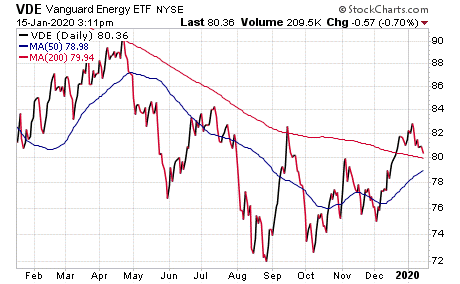 If you think now is the time for a turnaround in energy stocks, especially due to increased conflicts and tensions in the Middle East, consider adding a fund like Vanguard Energy ETF (VDE) to your portfolio.

Reminiscences of Intellectual Activism With a Fellow Idea Warrior

When two friends who’ve known each other for more than three decades get together to reminisce about their mutual passion for ideas, literature, career and living the Renaissance Man ethos, you know you’re in for an auditory treat.

And that’s exactly what you get in this episode of the Way of the Renaissance Man podcast, as I speak with my good friend, writer, filmmaker and intellectual activist Stewart Margolis. 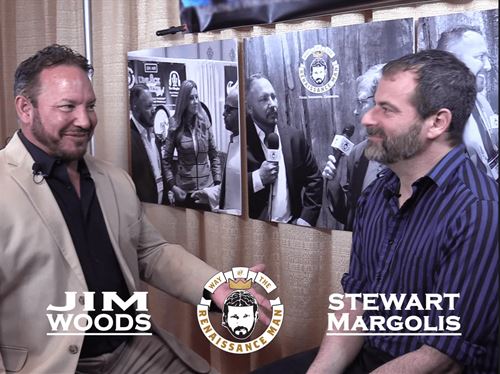 During this discussion, you’ll learn how Stewart and I began our adventures in idea advocacy while students at UCLA, and how we’ve continued to promote those ideas throughout the decades.

You’ll also learn about Stewart’s years living the life of a financier in Bermuda; his various film and screenwriting projects, and his work with the Ayn Rand Institute.

If you’ve ever wanted to eavesdrop on two friends ruminating on their mutual love of reason, passion and staying in the moment, then this episode was made for you.

“What is a master but a master student? And if that’s true, then there’s a responsibility on you to keep getting better and to explore avenues of your profession.”

I thought I would conclude this issue with a quote from Neil Peart, not just because of how I feel about him, but because of the message imbued in this statement. You see, I’ve always considered myself a lifelong student of the world, and a man devoted to mastering reality.

I also believe I have a responsibility to myself and the world to keep improving at my profession, in my hobbies and in my personal relationships. It’s that focus that’s helped me earn the forum I have here, and I hope it’s also one of the reasons why you have chosen to read this publication each week. Finally, it is my solemn promise to you, and to existence, that I will never stop getting better.